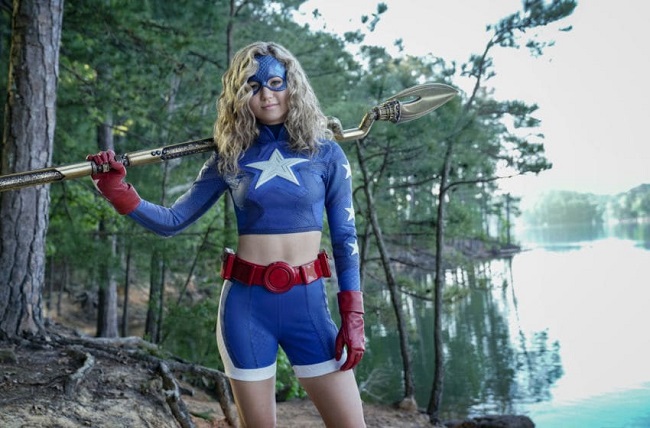 Stargirl’s debut in May of 2020 introduced its viewers to a new generation of DC heroes who had to learn to balance the obligations of high school life with their responsibilities as members of a superhero organization. And the first season of Stargirl had no shortage of bad guys to put the mettle of the young protagonists to the test.

DC comic book enthusiasts may recognize many of the villains in Stargirl’s premiere season, even though their costumes and characterizations slightly differ from their original incarnations. This is because Geoff Johns, an executive producer of Stargirl and the show’s creator, intended to revitalize supervillains from the twentieth century and introduce them to a modern audience. In doing so, he has reminded Stargirl fans that old villains can be just as dangerous and interesting as the newer ones.

The following list outlines the most powerful villains of Stargirl Season 1.

Icicle is a prominent enemy, appearing in almost every episode of the first season. His cryokinetic abilities allow him to freeze objects up close or from farther away. He can also create icicles, snow, and slush. His preferred weapons of choice are his daggers, which he generates out of ice and uses as projectiles to maim or kill his opponents in combat.

Icicle’s deadly talents are matched by his intellect and cunning, making him a worthy antagonist to Stargirl and to her fellow Justice Society members.

Shiv is the daughter of the Dragon King, a mad scientist who is a steadfast ally of the Injustice Society of America. Shiv has superhuman dexterity and strength, which she uses to her advantage while battling her enemies. She exhibits regenerative healing abilities as well, allowing her body to recover from injury almost instantaneously.

Shiv’s supervillain alias comes from her retractable blades, which were surgically implanted into her wrists. Her frightening powers are the result of experimentation by her father when she was a young girl. It is also worth mentioning that Shiv is a skilled martial artist, which further enhances her lethality.

Sportsmaster is a fitness junkie who turned his obsession with athleticism into a villainous alter ego. While Sportsmaster does not have superpowers like his fellow Injustice Society associates, he does possess other skills that make him a high-level threat to Stargirl’s team.

His unhealthy interest in physical performance has granted him abnormal levels of strength and toughness. He is also able to aim projectiles with brutal accuracy and hurl them at incredible speeds. He has a predilection for employing sports equipment as weapons, both in up-close and long-distance combat. Like Shiv, Sportsmaster is a martial artist, and he uses his superior fighting techniques with fatal efficiency.

The new and improved Justice Society of America has faced many trials and tribulations in Season 1 of Stargirl. And although battling superhuman adversaries was no easy feat, these challenges helped to establish essential group dynamics. These obstacles transformed the Justice Society from a loose collective of wayward but well-intentioned do-gooders into a powerful organization whose strength relies on the cohesion of the entire team.