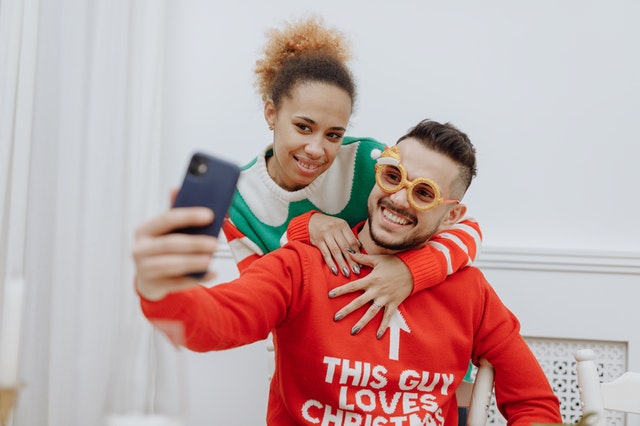 Mobile phones have turned us all into trigger-happy photographers, and the internet hoovers up all the results of this. Selfies have become something of a mix between a hobby and an obsession for many of us too.

This is why the selfie has become something of an institution for folks who love being online on social media. So, it’s just fun to play around with all kinds of styles or checking out all the best tips for female photography.

The Rule of Thirds

Now, part of the enjoyment surrounding selfies is that there aren’t any hard and fast rules, but there are some hints that work. Photographers use the so-called “rule of thirds” for certain types of the pic, which can be pretty helpful.

Aligning your eyes roughly a third of the way from the top of the frame makes your pic more interesting. If you align slightly off to the side as well, that´s even better! The idea here is to do something that doesn’t look like a passport photo, something with character.

We all know the standard ways that selfies are taken because we’ve probably done them all ourselves by now. We’ve seen them all if we haven’t used them. The sultry look, the duck face, and the backward glance are all great in their way.

Sometimes it’s just nice to push the envelope a bit, too, though. Experimenting with different looks makes sense because we have different angles on our faces. Being creative about the lens angles and lighting angles can get exciting results as well!

Most phones have an option to take multiple shots in quick time, so that may work for you too. Give it a try to find out. Nobody needs to know but you.

Full Body or Close Up

For the most part, the selfie is about those closer images. But this doesn’t mean the full-length pic is totally out of the question. It’s just that you have to be careful about the composition when you go for the longer pic.

Try to keep the background quite plain. Since you’re further from the lens, you will want to keep visual information to a minimum, or you risk being swallowed up. A nice blank wall can make an excellent backing, especially from an angle rather than square-on.

It also works well in scenic locations. A full length, or three-quarter length, set against the ocean is a great option. It works so well because of the strong bands of color behind you, so make sure to pick the colors you’re wearing accordingly. 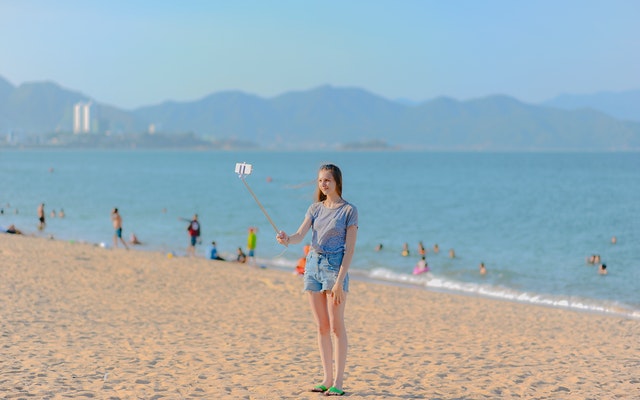 We have all our favorite poses in the bag, and obviously, we’ll keep using them, but getting creative and having fun with them is also a good thing. Each face is unique, so playing with your lighting and lens angles can give you surprising results. Don’t be limited!

True, when you experiment, you’re going to end up throwing most of them away. On the other hand, now and then, you’ll hit a jackpot image too. It’s worth experimenting a little because nobody needs to see the ones you hate.