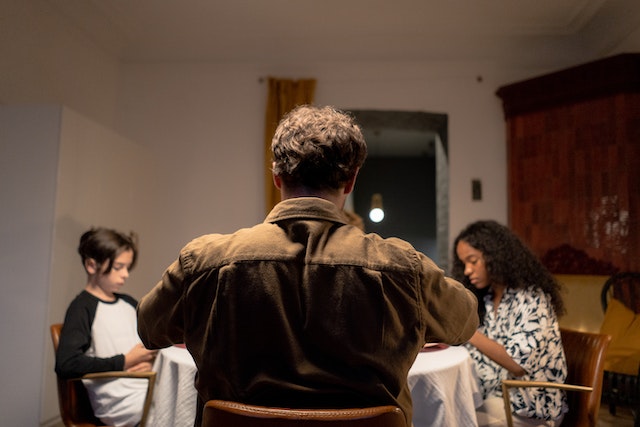 Child custody can be one of the most difficult and emotional parts of a divorce. Far too often, children get caught in the middle of a divorce conflict and end up becoming the biggest victim of the situation.

There’s no easy way to work through a divorce and settle custody of one or more children. No matter the situation, someone’s going to be hurt and suffer negative consequences.

Yet at the same time, having to go through this process may often be in everyone’s best interest, and therefore necessary. If you’re caught in this situation, there are ways to ensure the least amount of damage as possible, and get back to a normal life.

Get an Attorney Involved

In most states, an attorney is not essential to work out child custody. But that doesn’t mean one shouldn’t be involved.

In the course of a divorce, emotions can run high, which means even small disagreements can turn into major conflicts. Hiring a family law attorney can help to mitigate any issues that arise.

Attorneys have seen the kind of scenario you’re going through play out dozens, even hundreds, of times, which can give them plenty of insight into which sorts of custody arrangements tend to work and which more often result in long-term issues. An attorney can be relatively fair and more understanding of a situation.

Often during a divorce, both parties are convinced they are in the right, and therefore should get to make all the big decisions, such as how custody should be arranged. But an attorney can analyze all the concerns on both sides and arrive at a fair recommendation.

Finally, attorneys can be helpful if one side feels he or she is not getting what they deserve. Fighting over custody rights in court alone is a possible end result, but arguing the case on your own without letting emotions get in the way is difficult and far less likely to end in success.

Try to Listen and Compromise

Listening to the opinions or desires of a former spouse can be a challenge, but it’s necessary. For joint custody, it’s vital to keep in mind that each parent has the same legal authority to make decisions for their children.

This means that at one home, a parent may have different rules from the other; and legally, both are fair. This can be difficult for the child, who may go to the other parent and declare: “Well, at Mom’s house I can do this, so why is it not okay?”

Arriving at the exact same rules and expectations is unlikely, but engaging in discussions about serious matters and arriving at a mutual understanding can be healthy for everyone.

For example, if one parent feels strongly about the child not watching rated R-rated movies, that person should feel comfortable sharing the policy with the other parent. The other individual ought to respect and listen, and make the right decision for the well-being of the child.

No child wants to see the parents go through a divorce. There have been numerous studies that show children who experience a divorce are more likely to struggle in school, exhibit behavioral issues, and struggle with mental health.

Sometimes, what may appear best for one parent may not be in the best interest of the child. Yes, rotating weeks may sound great, but how is that going to affect the young person’s schooling?

A random schedule may be convenient, but how will kids mentally handle not knowing where they will be sleeping in a few days? Putting the children first, and prioritizing their future is the best way to go.

Ask them what they need. Talk to them about why they have been given the schedule they have. Kids will often surprise parents with how well they understand a serious and complex situation, even at a young age.